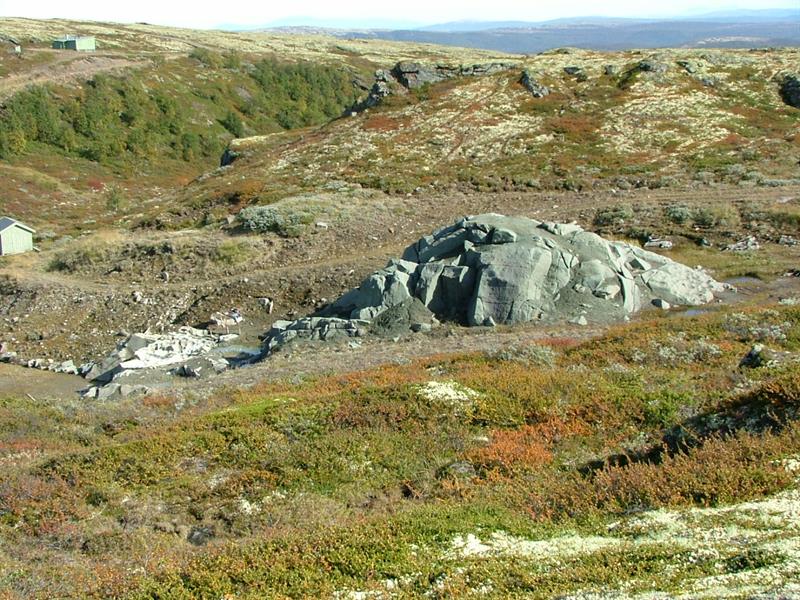 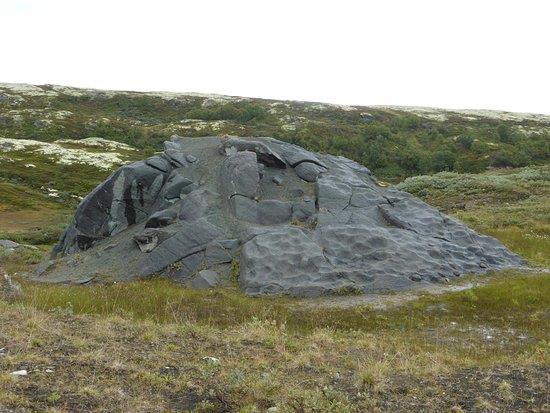 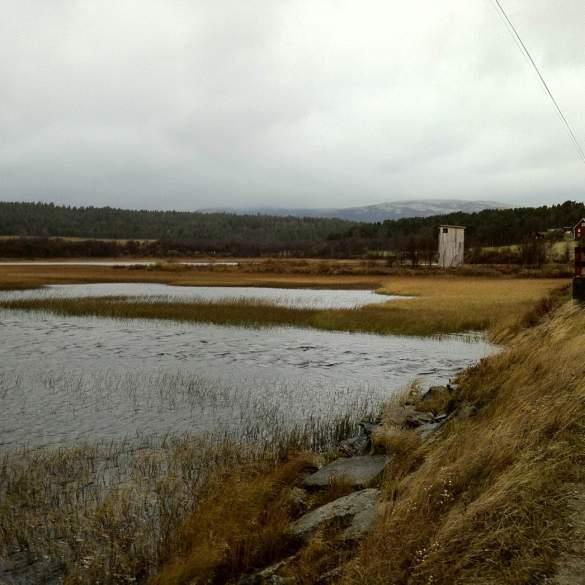 About 1000 metres above sea-level, just west of Sandbekkdalen in Kvikne in Tynset, lies one of the country's most known soap stone quarries from the pre-roman Iron Age. The stone quarry is known first and foremost through some remarkable dating. Several C-14 samples of organic material in the waste mass taken out beside the quarry are dated to 400-300 years BC. It is assumed that 3000-4000 pieces of raw material for pots were taken out of the quarry. During excavations in 1969, quite a few wooden objects such as spades, plates and a cup were unearthed. Soap stone from the quarry has been used in the restoration work on the cathedral in Trondheim. Marks made due to drilling are clearly visible. Just to wander in this area and touch the marks where the raw materials for pots were removed for 2500 years ago. To think about all the activity so long ago, certainly awakes your imagination and gives you a feeling of the historical atmosphere.
There are notice boards on the main road (Rv30) and in the quarry which give plenty of information. There is a toll road into the quarry but it is recommended to walk. 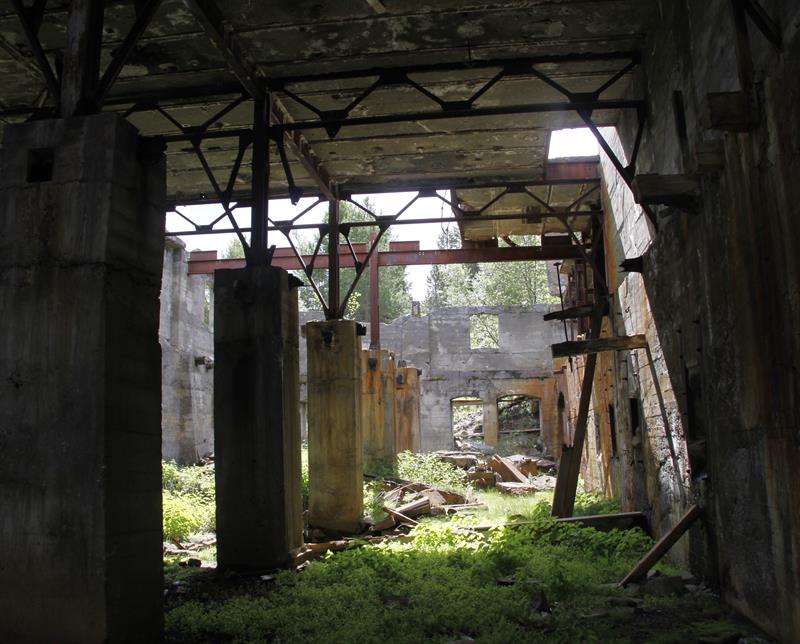 Røstvangen mines
At Røstvangen you will find the remains of the mining community which existed for 17 years from 1904 until 1921 and resulted in the biggest bankruptcy in Norway's history at that time. At the most populous...

Tynset Church
When the famous Norwegian writer, Bjørnstjerne Bjørnson drove through Tynset, he heard the bells ringing from the church tower and this inspired him to write one of his most well-known psalms. Few churches... 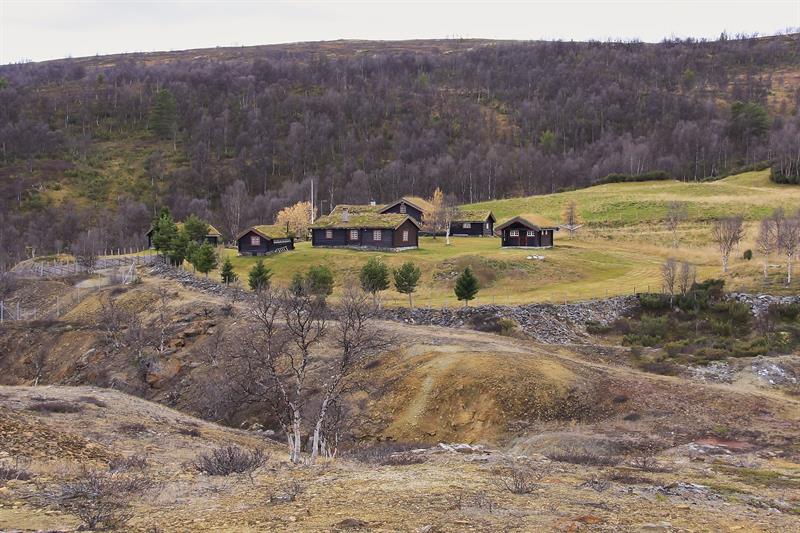 Kvikne Copper Mine
The remains of the copper mine are 8-9 km east of Yset in Kvikne. The road is only open in summer time. The first ore was found here in 1629. As opposed to other copper mines of any importance there was... 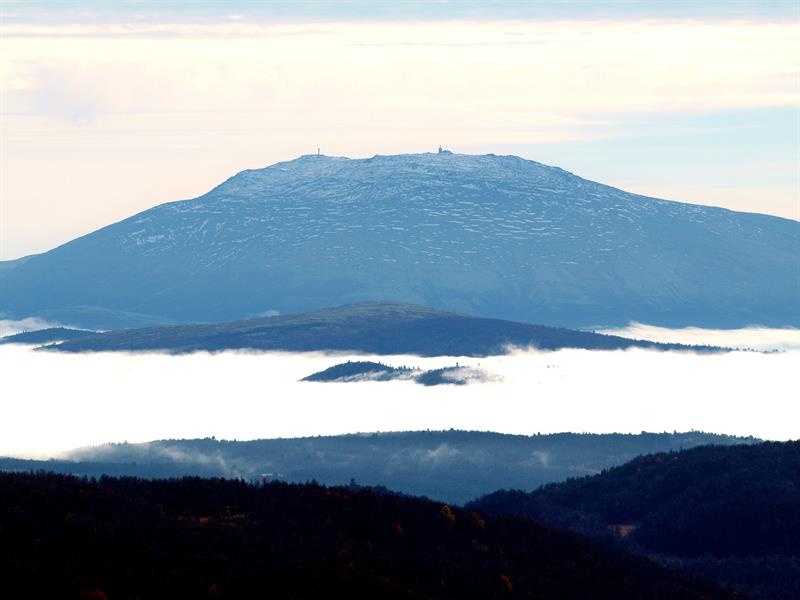 Gallery Elgen
The gallery exhibits art from local artists. Various exhibitions throughout the year with local, regional and national exhibitors, both amateurs and professionals. Exhibition list of 2017 -19. JAN:... 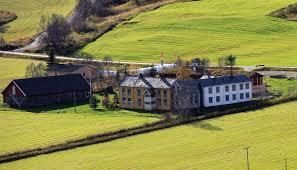 Kvikne National park center
Kvikne National Park Centre is situated in what used to be the cowshed. Here you will find information and exhibitions connected to the national parks and protected areas on both sides of the valley. The...

Brydalen Church
The chapel in Brydalen was consecrated in 1884. Previously, the school had been used for reading the scriptures. A grave yard for the people living in Brydalen was established in 1871. To build a church... 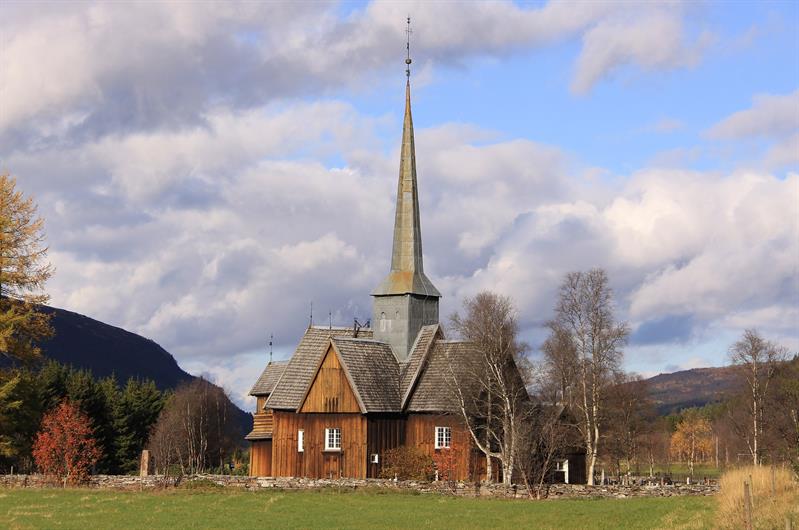 The Church at Kvikne
If you are interested to see one of the finest altarpieces in the country and a church richly decorated, then you must visit the church at Kvikne. This cross-shaped church was built between 1652-1654 and...